Smoking is the leading cause of preventable deaths in many countries. I’m sure you have heard this before and, if you went to high school in the late 90s and early 2000s, you must have seen the countless ads urging young people not to smoke. But not everyone had the same reaction to smoking. Despite these ads, approximately 15–20 percent of the population smokes and the chemicals contained are highly addictive.

There are more than enough reasons as to why people smoke. While I am no psychologist, I understand the ups and downs of life can cause people to seek some form of temporary respite. I fully expect smoking rates during the current pandemic to have either stabilized or increased compared to previous years. But perhaps we should seek to look from within and build the person up?

Some have argued in favour of eliminating tobacco and cigarette products altogether. Others want governments to adopt and regulate harm reduction methods (e.g., e-cigarettes) as a way to address those currently addicted to smoking. While both arguments have their merits, the harsh truth is people will continue to seek out vices to help cope with the harshness of life. So what can we do?

It comes as no surprise that researchers have found correlations between stress levels and smoking, particularly in Low and Middle-Income Countries (LMICs). And further, very specific populations within countries reported higher perceived stress levels with higher levels of smoking (e.g., Migrant workers in China, low-income African American women, Post-secondary students in the US from Puerto Rico).

The nature of smoking seems to be very diverse and complex, which is perhaps why some tobacco control initiatives do not translate to precipitous declines in smoking rates. Both Canada and the United States have seen approximately a 1 percent decline year over year since the 1960s of smoking, despite anti-smoking ad campaigns, tobacco taxes and other public policies designed to limit and control access to the products.

The Re-Envisioning of the Self.

Advances in medical sciences have prolonged life expectancies. And, wealth distribution has lifted many hundreds of millions out of low levels of poverty. We’re living longer. We’re earning more. And we have access to healthier food choices and information unlike any before us.

Yet the truth remains that anxiety, stress and depression are rampant in our societies. And perhaps we have been fixated on the known items that pose threats to humanity’s existence (e.g., food shortages, lack of access to medicine) that we may have forgotten to address the internal dragons from within.

It’s a deep psychological question, but perhaps we have been ill-equipped to handle the challenges life throws at us. This may partially explain why suicides are the tenth leading cause of preventable deaths in the United States, or that drug overdoses are more common today than before.

To better prepare ourselves and the next generation for the stresses of life, education can play a vital role. Books on Emotional Intelligence, Cognitive Behavioural Therapy and learning to navigate through a world in which you will be confronted with those that are self-interested, manipulative and deceiving are ways in which young people in particular, can confront the unknown willingly.

What may also bring us closer to an understanding of ourselves and the world in which we operate in, could be through religious stories. As someone who swore off religion for many years, I find myself flipping through the pages of sacred texts and reading scholarly articles on how these are to be interpreted. The stories found provide deep insight into those that struggled with the hardships of life with lessons and methods for handling its challenges.

Perhaps a re-learning of the self through a combination of psychology and religious texts can help us handle the stresses of life in a more positive manner.

The Future of Tobacco Consumption

I do not know what to anticipate when it comes to tobacco consumption and the future. I know that there will be challenges we will all face and the inevitable Black Swan event that Nassim Nicholas Taleb has articulated in his work. And because of these, tobacco consumption rates may vary and even rise.

Maybe tobacco control and harm reduction policies both attempt to answer the ‘problem’ on the surface. The fewer tobacco products made available means the less likely people will smoke. Or, tightly regulated e-cigarette products and smokeless tobacco can help reduce exposure to harsh chemicals.

While both pursuits may find beneficial results, the challenges life will pose still exist. And until we determine effective methods to equip ourselves to navigate through the rough waters of existence, perhaps tobacco consumption will remain.

And its existence reminds us we still have not addressed the dragon from within. 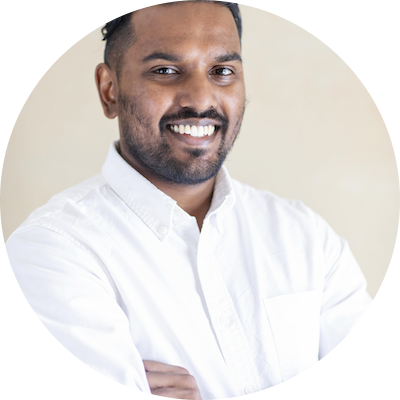 Hi and welcome! I created the Strong and Free Podcast to be the place to explore interesting perspectives on the topics of our time. Through this exploration, I hope to provide a welcoming environment to all guests to feel that they can share their ideas and opinions without judgment. My hope is you will take something from each episode that can add to your own perspectives.

I'm always looking for feedback and ideas for topics and future guests. Feel free to connect with me anytime and let me know what you think!

Climate change is really complex and the most astute struggle with understanding what governments should do. At the core of the climate change conversati…